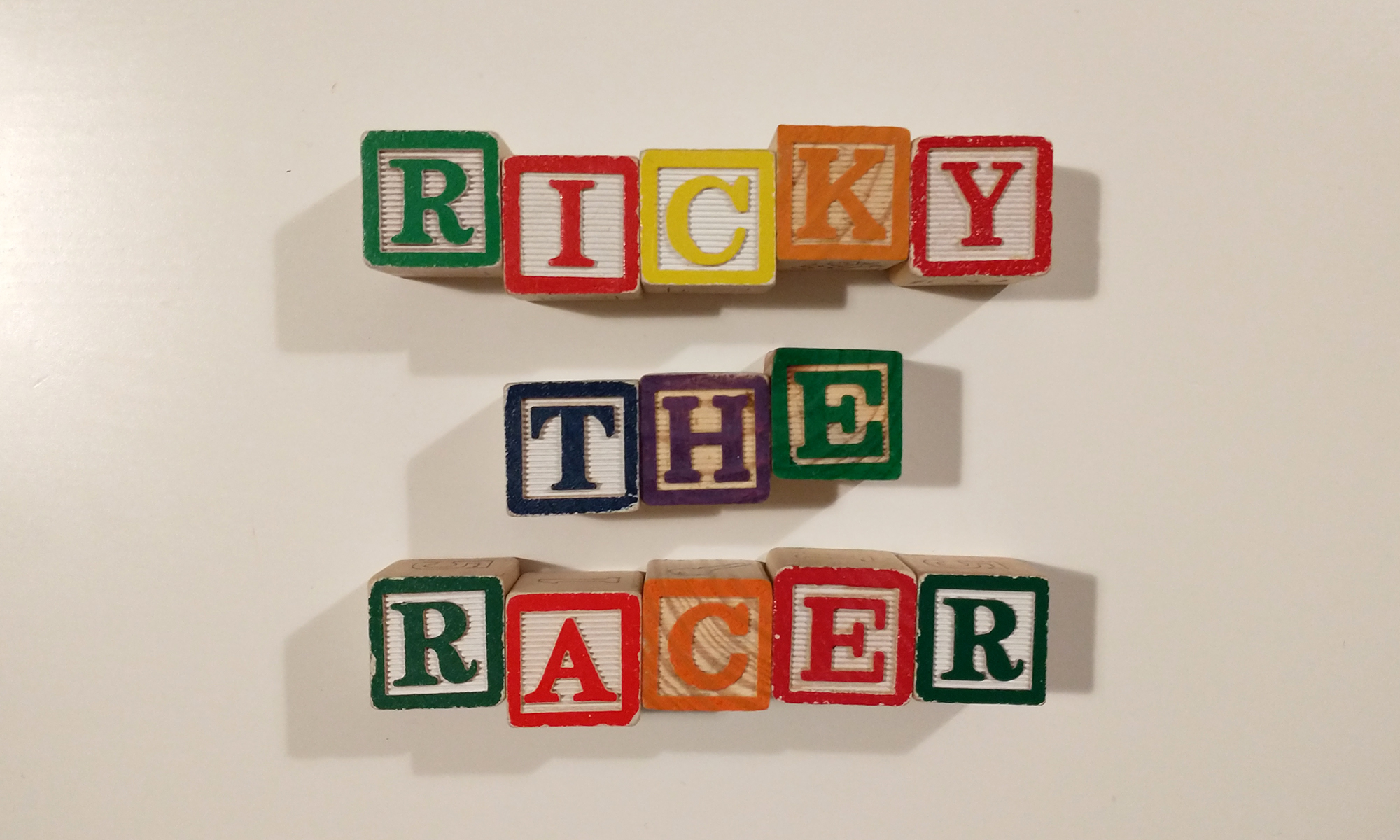 “Ricky the Racer” is a tale that has been in TQ Townsend’s family for four generations. It was written by her grandfather, E. Harlow Mortensen, and originally had the title “Dick and the Racetrack.” It’s been modified and added to over the years, so what is presented here is an expanded retelling. A few details have been changed from the original, but it’s mainly the same story that was first told almost 70 years ago.

The folk history of this tale:

This story was first made up in the mid-1950’s. The cars in the original version of the story were Volkswagen Bugs. Dick was the driver of a blue bug, and to the best of my memory the other bugs were green, red, and white. I believe the sounds the cars made were “ZEEEEEEE,” “BWAAAAAA,” and “BUH-BUH-BUH-BUH.” But it’s hard to remember exactly because it’s been so long.

I have changed the name of the main character from Dick to Ricky because, in the years after this story was first written, this nickname has acquired a vulgar connotation and I don’t want my kids to accidentally get in trouble for innocently saying a word that will get them in trouble at school. Also, when my oldest daughter heard this story she wanted to hear about a female protagonist, so when I tell it to her, Ricky becomes Ricki and she saves Lucky the Puppy.