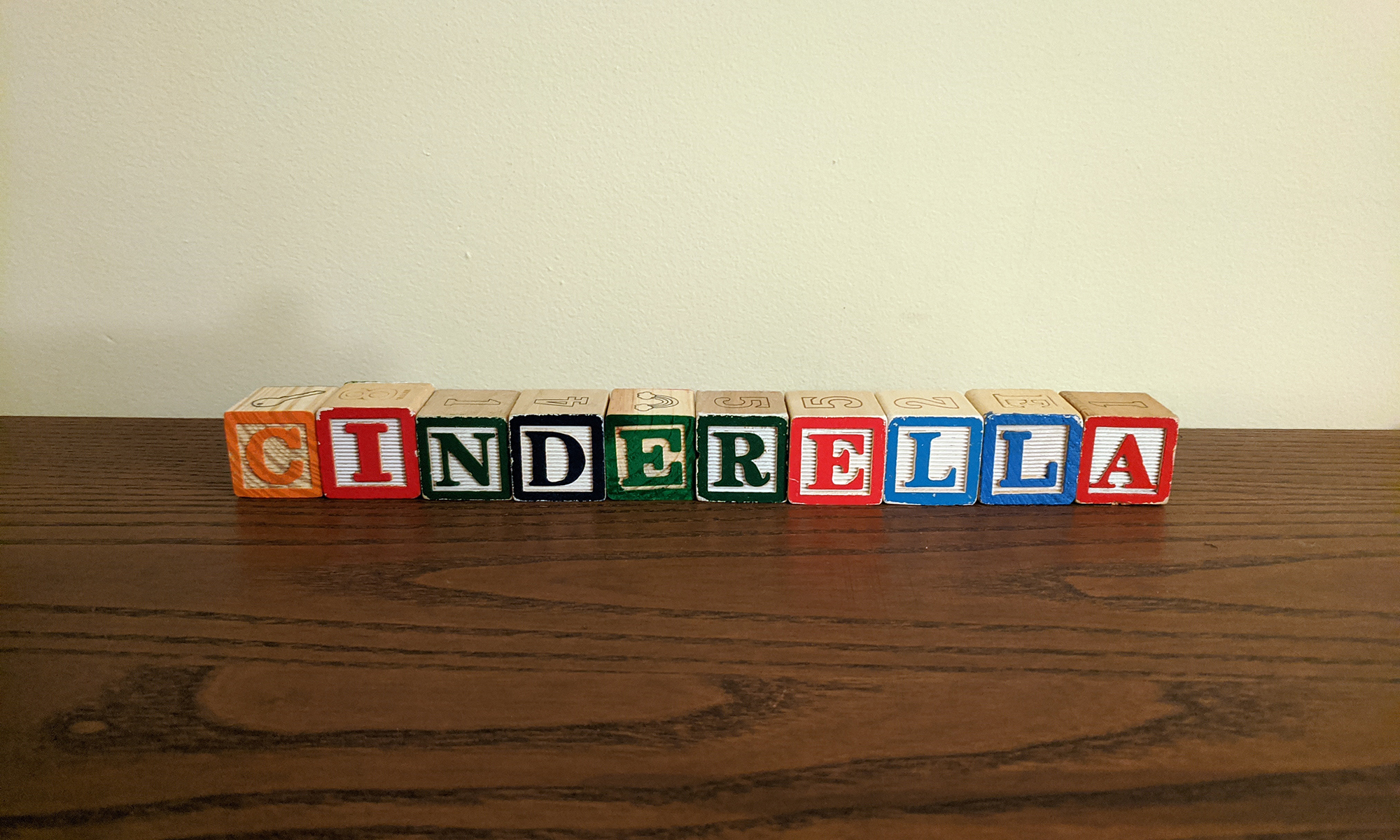 Once upon a time a rich man took as his second wife the proudest, haughtiest woman who ever lived. She was a widow herself and had two daughters by her first marriage, and they were just like their mother. The man had a little daughter from his first wife, and she was a lovely and sweet-tempered child.

As soon as the wedding was over the stepmother’s true character was revealed. She could not stand her stepdaughter, because her beauty and kindness just made it easier to see the faults of her own daughters. So the stepmother made her do the lowliest work in the house, and forced her to sleep on a straw bed in a wretched garret, while her own daughters slept in fine rooms with beautiful floors, beds in the latest style, and enormous looking glasses. The girl could not complain to her father, as she knew that the stepmother ruled him in every way and he would only scold her. When she was done with her work, she would go and sit by the dying embers of the kitchen fire to warm herself, and so the others began to call her Cinderella. Yet although her clothes were rags, she was much lovelier and better mannered than her spoiled stepsisters.

It happened that the King’s son sent out an invitation for a ball, and the stepsisters instantly began planning what they would wear and gave Cinderella more work than ever, mending old clothing and making new things. As she helped her stepsisters get ready for the ball, they laughed, “I bet you would like to go to the ball, but how everyone would laugh to see a Cinderwench there!” Cinderella paid no attention to this insult, but dressed the stepsisters beautifully. She watched them get into the coach and as they drove away, she could hold back her tears no longer.

Suddenly her fairy godmother appeared before her and told her that she, too, would go to the ball. She used her magic to transform a pumpkin into a golden coach, six mice into a team of horses, a rat into a coachman, and six lizards into footmen. Cinderella’s rags were transformed into a gown made of cloth of gold and silver, all set with jewels. On her feet were two slippers made of glass. But the fairy godmother warned that the magic would last only until midnight. Cinderella gratefully thanked her godmother and went off to the ball.

As soon as she arrived, everyone was astonished by her beauty, grace, and excellent manners. The prince was smitten the moment he saw her, and he asked her to sit with him at the banquet and dance with him only during the ball. All of the guests, even the King and Queen, were impressed with the gracefulness of her dancing and her charming personality. Cinderella was even kind to her stepsisters, who did not recognize her, sharing oranges and lemons with them from her own plate. She had a wonderful time until quarter to twelve, when she curtsied to the assembly and hurried home before her gown changed back to rags. When she got back she thanked her godmother and told her everything that had happened.

Soon the stepsisters arrived. Cinderella pretended to have been asleep, yawning and rubbing her eyes. Without revealing what she knew, she listened to the stepsisters tell all about the beautiful, mysterious princess who had stolen the heart of the prince. The next night the stepsisters went back to the ball, and so did Cinderella, this time in an even lovelier gown. The king’s son kept close to her all evening, paying her every attention. Cinderella enjoyed herself so much that she forgot the time until the clock began to strike twelve. She leaped up and ran from the ball, moving so quickly that the prince could not keep up with her. But as she fled one of her glass slippers fell off. Her gown turned back to rags, but when she got home she saw that the other slipper remained.

The prince declared that he would find the girl who owned the slipper and marry her, and he sent a trusted servant to every house in the land to find her. When he came to Cinderella’s house, the two stepsisters did everything they could to force the slipper onto their feet, but with no luck. Cinderella asked if she might try the slipper. The stepsisters cackled with mocking laughter, but the messenger said that his orders were for every young woman to try. Cinderella took the shoe, and it slipped onto her foot as if it were made of wax. Then she produced the other shoe. Her godmother appeared and transformed her clothing into the most magnificent gown ever seen. The two stepsisters threw themselves down and begged her forgiveness, which Cinderella gave them freely. She was taken to the palace to be married to the prince, and her stepsisters were later married to great lords in the prince’s court.