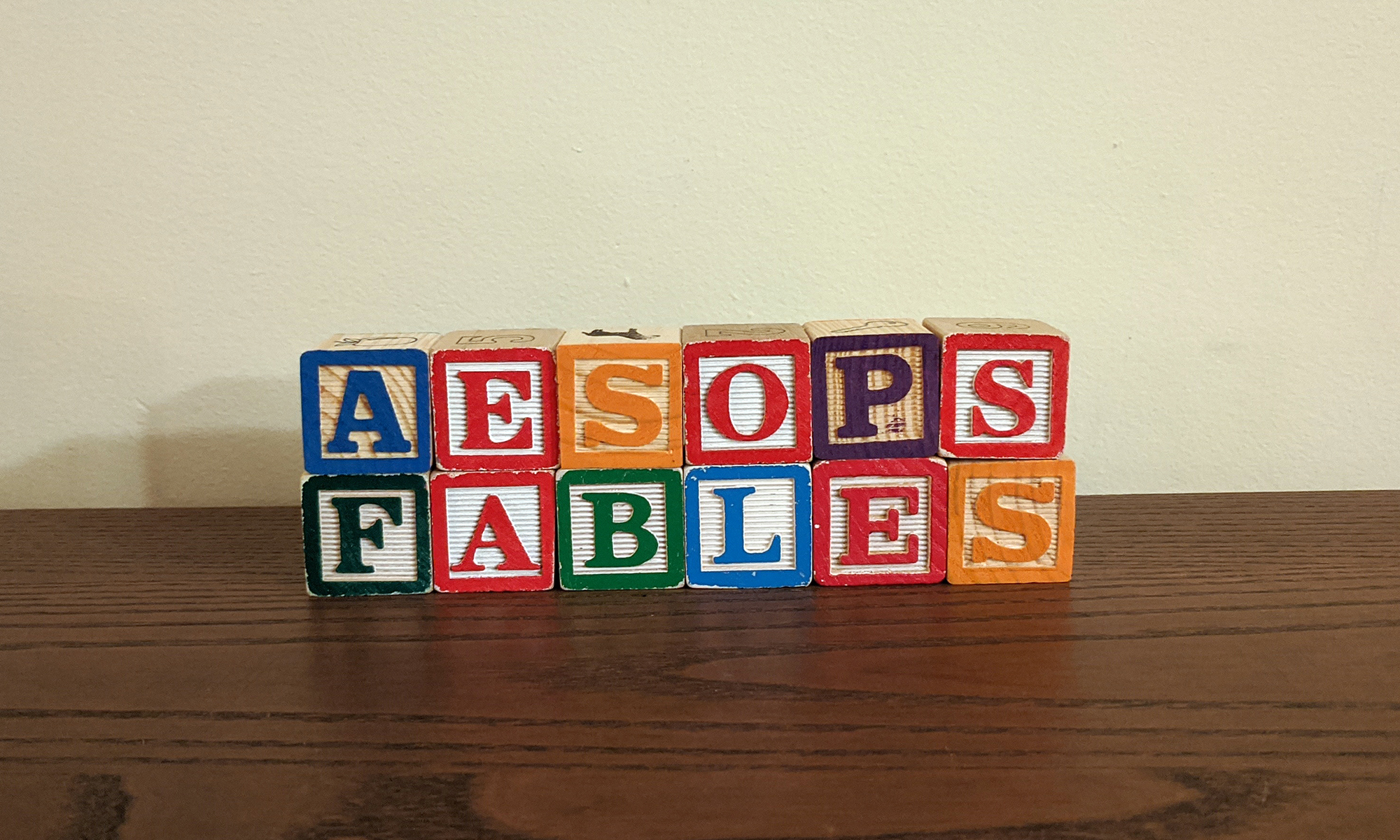 Once there was a slave called Androcles. Tired of serving his cruel master, he fled and went to hide in the forest. He wandered through the dense trees for a long time. He pushed a branch aside and was startled by the sight of a lion, which was on the ground groaning pitifully.

Terrified, Androcles turned to run away. But he quickly realized that the lion was not chasing him. He looked back and saw that the creature seemed to be in terrible pain. Androcles swallowed his fear and crept closer to the lion. In its paw was an enormous thorn which caused great pain and bleeding. He understood the risk, but Androcles reached down and pulled the thorn from the lion’s paw. The lion watched his rescuer and lay still while Androcles carefully bandaged the paw.

The lion was grateful to be relieved of its suffering and licked Androcles’ hands as if he were a tame dog. The lion led Androcles to its den, where the man and the beast lived happily together. But one day Androcles and the lion were discovered and captured. To punish the slave for running away, Androcles was sentenced to be killed in the arena by the lion.

The lion was caged up without any food for several days before the Emperor and all of his court came to see the spectacle. Androcles was flung into the center of the arena, and everyone watched as the lion was released. But although it was starving, the lion didn’t harm Androcles. Instead it walked up to him and licked his hands lovingly. Androcles patted its head softly, apologizing for the harsh treatment it had received.

The Emperor was amazed by what he saw. “Slave,” he called out to Androcles, “explain what is going on.” Androcles told his story to the Emperor, about how he had discovered the animal, helped it, and become its friend. The Emperor was so moved by the story that he set the slave and the lion free. The two lived together ever after, happily sharing their lives as the best of friends.