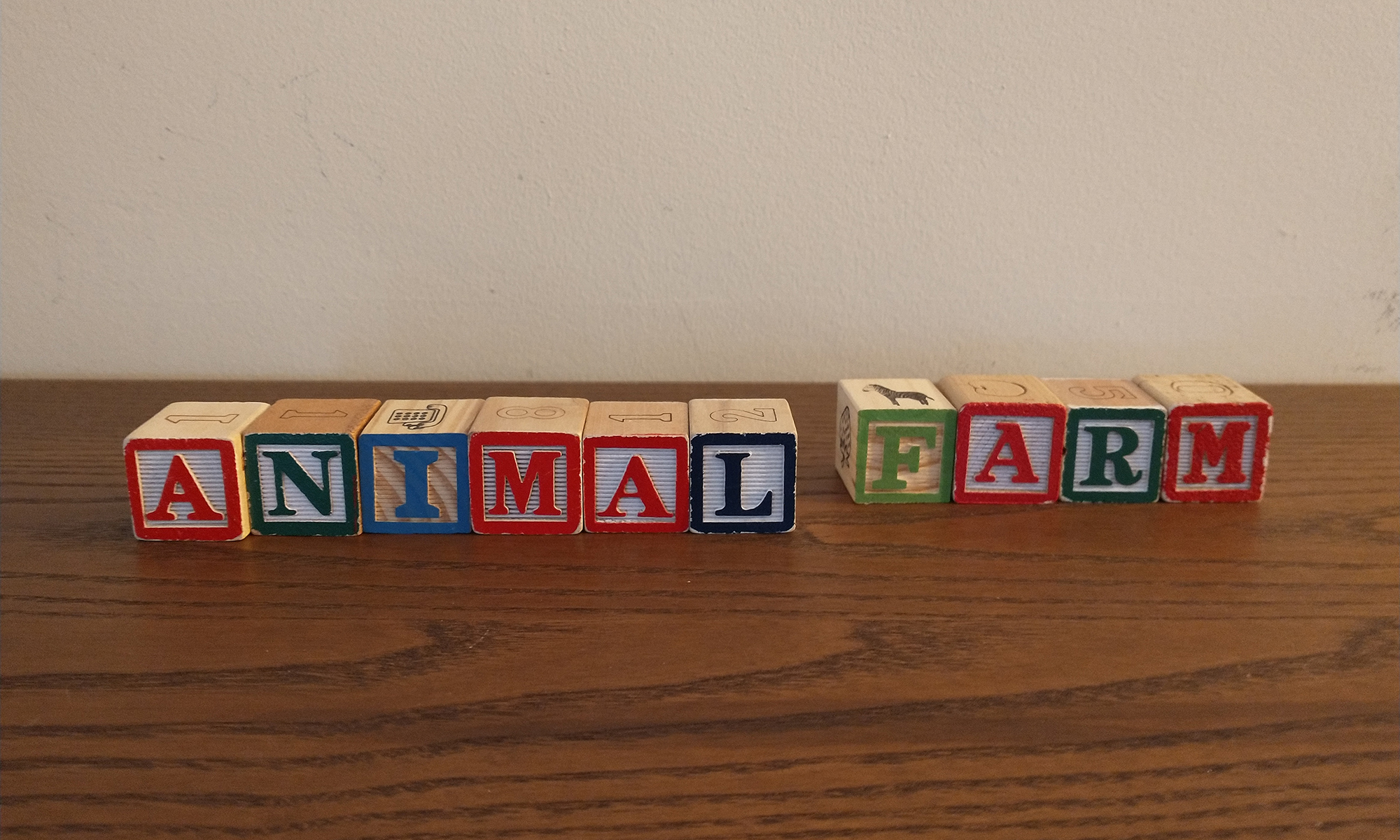 George Orwell’s “Animal Farm” is a delightful little fairy tale about the failures of Stalinism and the best possible introduction to twentieth century politics for high schoolers. The story itself is quite enjoyable, but it’s only properly understood as a symbol for everything that went wrong in the Soviet Union. Rather than becoming a worker’s paradise, daily life there for the common person just went from drudging away for one-all powerful boss to drudging away for another one. Orwell’s perfect prose and sharp with served as a prophetic warning during the last days of World War II to anyone who realized that, while the Nazis absolutely had to be vanquished in the short term, it would be the Soviet Union that posed the more long-term threat to the people of Europe.

Arrange students in discussion groups. Have students consider the following prompt, then discuss the ideas they have. Then have each student write a position paper explaining how they feel how power should be split between citizens and leaders, and which people should be allowed to have a say in government. Discourage students from critiquing the exact sort of government they currently live under, rather encouraging them to be more theoretical, as if they were designing an entirely new nation themselves.

Prompt: “How much power should be in the hands of ordinary citizens, and how much should be given to leaders? Who should be allowed to vote? Should factors such as age, sex, ethnic background, citizenship status, mental abilities, military or other national service, ability to pass a civics test, or service to the community be factors? Are there any sorts of people who should be excluded from voting, or who should have their voting rights taken away? Consider the greatest good for a nation when forming your philosophy and explain your reasoning.”

All good political slogans are catchy. The best ones look great on a bumper sticker. Some are very straightforward, such as “I Like Ike,” which was used to help elect General Dwight D. Eisenhower as president in 1952. Others are more of an ideological statement, such as “Better dead than Red,” another slogan from the 50’s that expressed the idea that death was preferable to living under communism. In Animal Farm, “four legs good, two legs bad” is the slogan that’s meant to encompass the basic principles of Animalism, but it quickly becomes a mindless chant that is used to keep the animals from discussing complex ideas.

Have your students choose a political slogan from some point in history. Then have them analyze whether this slogan is a straightforward statement such as “I like Ike,” or if it’s meant to push a dark agenda, such as “blood and soil,” an expression used by Nazis and neo-Nazis. Some slogans express an political position, such as “no taxation without representation,” and others send a mixed message, such as “Make America Great Again,” implying that America isn’t so great compared to what it was in the past. The student’s essay should explain the historical and political context around the slogan, and then take a position as to the effectiveness of the slogan in the way it expresses the explicit and implicit meanings of the words. If a student wanted to stay close to the text of Animal Farm, he or she could compare the difference between “four legs good, two legs bad” and “four legs good, two legs better.”