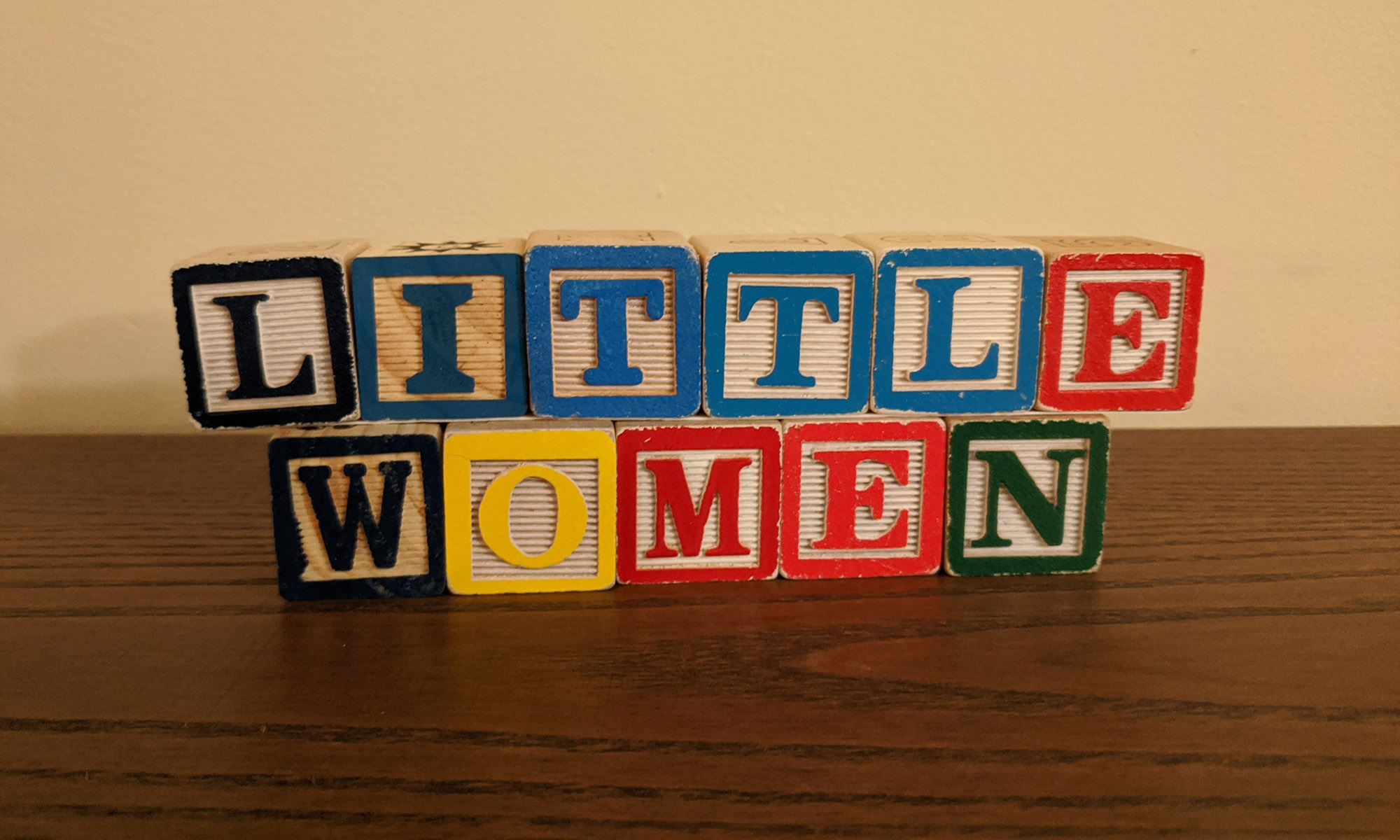 This episode went a little long, but that’s just because there is quite a lot to say about this book. Little Women has flaws, but that just makes it more human. However, somehow we all got the idea that Jo is the March sister to admire and Amy is the one we should despise. If you can set aside the way these characters have been played in film adaptations and just look at what’s on the page, you’ll find that Amy’s the real hero here.

Read the passage in Chapter 26 where Jo and Amy disagree about whether Amy’s friendships are genuine:

“Why in the world should you spend your money, worry your family, and turn the house upside down for a parcel of girls who don’t care a sixpence for you? I thought you had too much pride and sense to truckle to any mortal woman just because she wears French boots and rides in a coupe,” said Jo, who, being called from the tragic climax of her novel, was not in the best mood for social enterprises.

“I don’t truckle, and I hate being patronized as much as you do!” returned Amy indignantly, for the two still jangled when such questions arose. “The girls do care for me, and I for them, and there’s a great deal of kindness and sense and talent among them, in spite of what you call fashionable nonsense. You don’t care to make people like you, to go into good society, and cultivate your manners and tastes. I do, and I mean to make the most of every chance that comes. You can go through the world with your elbows out and your nose in the air, and call it independence, if you like. That’s not my way.”

When Amy had whetted her tongue and freed her mind she usually got the best of it, for she seldom failed to have common sense on her side, while Jo carried her love of liberty and hate of conventionalities to such an unlimited extent that she naturally found herself worsted in an argument. Amy’s definition of Jo’s idea of independence was such a good hit that both burst out laughing, and the discussion took a more amiable turn. Much against her will, Jo at length consented to sacrifice a day to Mrs. Grundy, and help her sister through what she regarded as ‘a nonsensical business’.

Pair students off or divide them into small groups. Assign each student or group a position to take: Jo’s or Amy’s. Encourage them to consider the following questions in preparing their positions:

Students can then present their positions and follow up with debate. This activity could also be done as an essay comparing Jo’s and Amy’s position and ending with students deciding which perspective they endorse.